Event will begin in 83 days and 23 hours 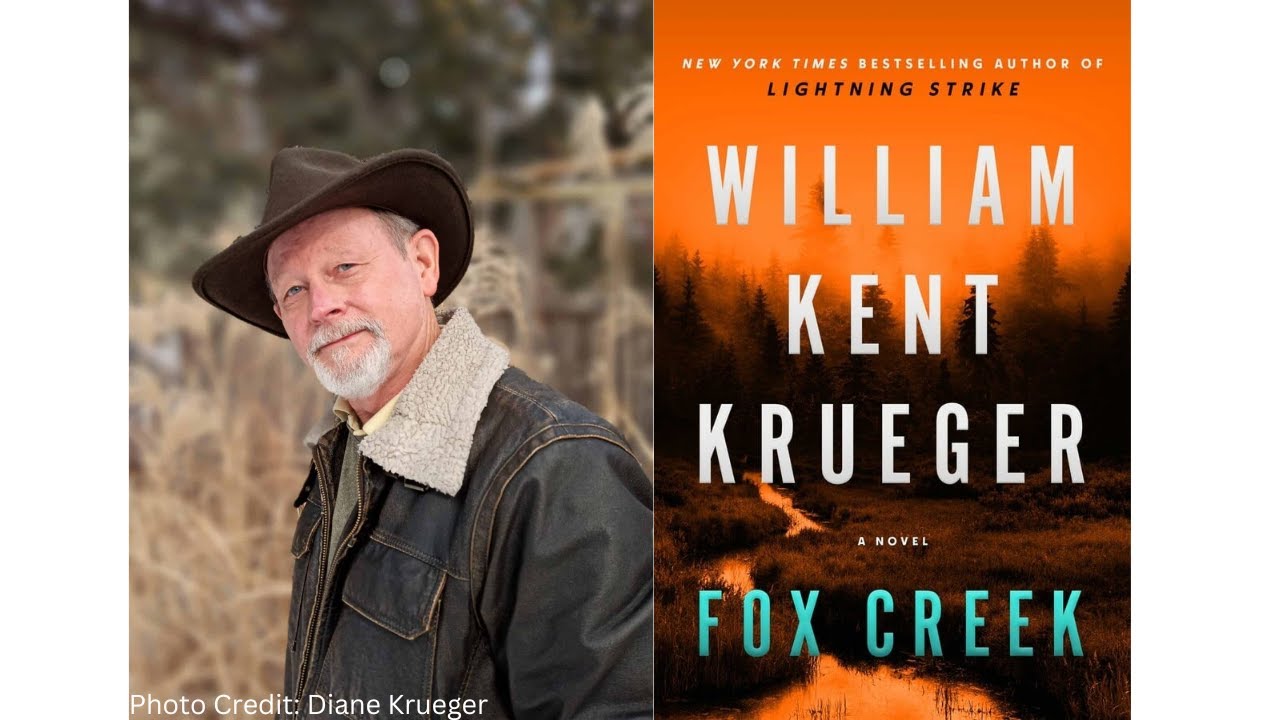 You are in for a riveting hour online with New York Times bestselling author William Kent Krueger! Join us as he discusses his newest book in the Cork O’Connor series Fox Creek and his other works!

Fox Creek follows Cork O”Connor in a race against time to save his wife, a mysterious stranger, and an Ojibwe healer from bloodthirsty mercenaries. The ancient Ojibwe healer Henry Meloux has had a vision of his death. As he walks the Northwoods in solitude, he tries to prepare himself peacefully for the end of his long life. But peace is destined to elude him as hunters fill the woods seeking a woman named Dolores Morriseau, a stranger who had come to the healer for shelter and the gift of his wisdom. Meloux guides this stranger and his great niece, Cork O’Connor’s wife, to safety deep into the Boundary Waters, his home for more than a century. Meanwhile, in Aurora, Cork works feverishly to identify the hunters and the reason for their relentless pursuit, but he has little to go on. He knows only too well that with each passing hour time is running out. But his fiercest enemy in this deadly game of cat and mouse may well be his own deep self-doubt about his ability to save those he loves.

About the Author: Krueger writes a mystery series set in the north woods of Minnesota. His protagonist is Cork O’Connor, the former sheriff of Tamarack County and a man of mixed heritage—part Irish and part Ojibwe. His work has received a number of awards, including the Minnesota Book Award, the Loft-McKnight Fiction Award, the Anthony Award, the Barry Award, the Dilys Award, and the Friends of American Writers Prize.

Ordinary Grace, his stand-alone novel published in 2013, received the Edgar Award, given by the Mystery Writers of America in recognition for the best novel published in that year. The companion novel, This Tender Land, was published in September 2019 and spent nearly six months on the New York Times bestseller list. His last nine novels were all New York Times bestsellers. He’s been married for nearly fifty years to a marvelous woman who is a retired attorney. He makes his home in St. Paul, a city he dearly loves.

The views expressed by presenters are their own and their appearance in a program does not imply an endorsement of them or any entity they represent. Reference to any specific product or entity does not constitute an endorsement or recommendation by Lyons Regional Library District.