Event will begin in 26 days and 0 hours 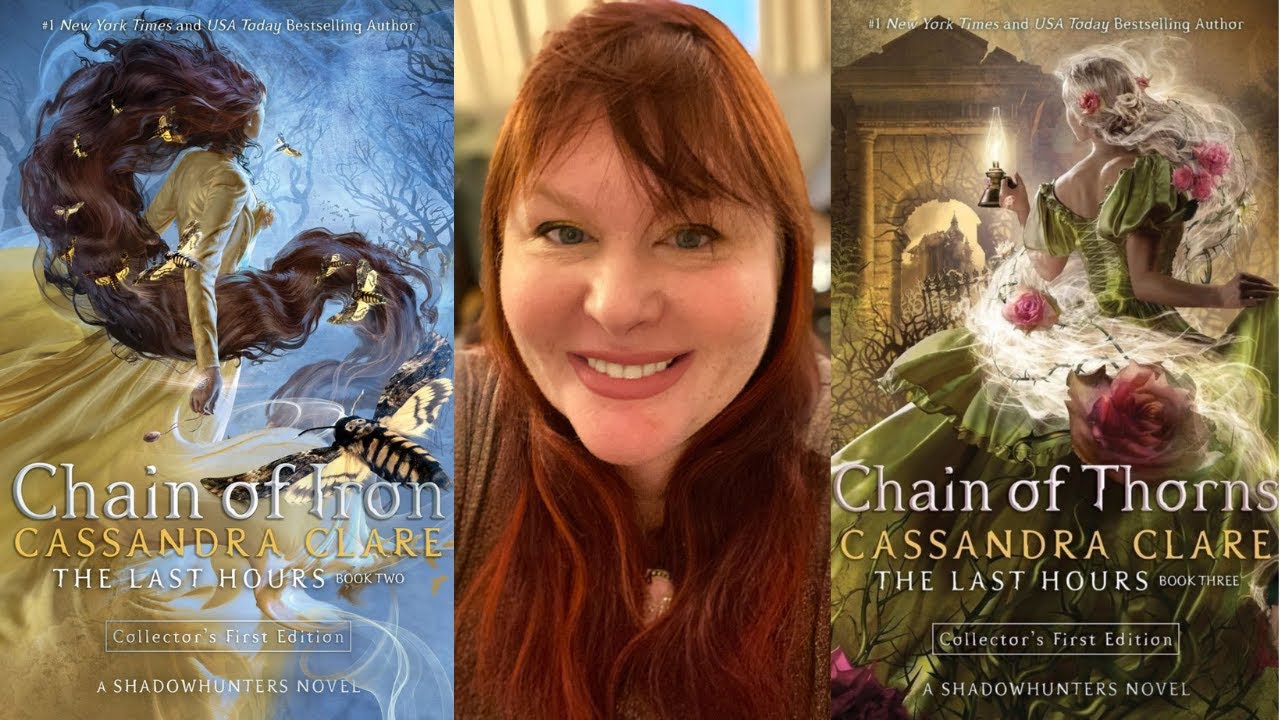 Join us for an exciting evening online as we chat with mega-bestselling author, Cassandra Clare, about her newest and final book in The Last Hours series, Chain of Thorns.

In Chain of Gold, the first book of The Last Hours Series, the readers meet Cordelia. Cordelia Carstairs is a Shadowhunter, a warrior trained since childhood to battle demons. When her father is accused of a terrible crime, she and her brother travel to London in hopes of preventing the family’s ruin. Soon Cordelia encounters childhood friends James and Lucie Herondale and is drawn into their world of glittering ballrooms, secret assignations, and supernatural salons, where vampires and warlocks mingle with mermaids and magicians. All the while, she must hide her secret love for James, who is sworn to marry someone else. But Cordelia’s new life is blown apart when a shocking series of demon attacks devastate London. Trapped in the city, Cordelia and her friends discover that their own connection to a dark legacy has gifted them with incredible powers—and will soon learn the true cruel price of being a hero.

Chain of Iron, the second book in the series, Cordelia seems to have everything she ever wanted. She’s engaged to marry James Herondale, the boy she has loved since childhood. She has a new life in London with her best friend Lucie Herondale and James’ charming companions, the Merry Thieves. She is about to be reunited with her beloved father. And she bears the sword Cortana, a legendary hero’s blade. Together with the Merry Thieves, Cordelia, James, and Lucie must follow the trail of the knife-wielding killer through the city’s most dangerous streets. All the while, each is keeping a shocking secret: Lucie, that she plans to raise Jesse from the dead; Cordelia, that she has sworn a dangerous oath of loyalty to a mysterious power; and James, that he is being drawn further each night into the dark web of his grandfather, the arch-demon Belial. And that he himself may be the killer they seek.

In the third and final installment in the series, Chain of Thorns, Cordelia has lost everything that matters to her. Even worse, she is now bound to an ancient demon, Lilith, stripping her of her power as a Shadowhunter. After fleeing to Paris, Cordelia hopes to forget her sorrows in the city’s glittering nightlife. But reality intrudes when shocking news comes from home: London is under new threat by the Prince of Hell, Belial. Cordelia returns to a London riven by chaos and dissent. The long-kept secret that Belial is James and Lucie’s grandfather has been revealed by an unexpected enemy, and the Herondales find themselves under suspicion of dealings with demons. Left alone in a shadowy London, they must face Belial’s deadly army. If Cordelia and her friends are going to save their city—and their families—they will have to muster their courage, swallow their pride, and trust one another again. For if they fail, they may lose everything—even their souls.

About the Author: Cassandra Clare was born to American parents in Teheran, Iran and spent much of her childhood traveling the world with her family, including one trek through the Himalayas as a toddler where she spent a month living in her father’s backpack. She lived in France, England and Switzerland before she was ten years old.

After college, Cassie lived in Los Angeles and New York where she worked at various entertainment magazines and even some rather suspect tabloids where she reported on Brad and Angelina’s world travels and Britney Spears’ wardrobe malfunctions. She started working on her YA novel, City of Bones, in 2004, inspired by the urban landscape of Manhattan, her favorite city. She turned to writing fantasy fiction full time in 2006. Her first book, The City of Bones, became and led to numerous instant #1 New York Times and USA Today Bestsellers including but not limited to The rest of The Mortal Instruments series, The Infernal Devices series, and The Last Hours series.

The views expressed by presenters are their own and their appearance in a program does not imply an endorsement of them or any entity they represent. Reference to any specific product or entity does not constitute an endorsement or recommendation by Pioneer Library System.