Event will begin in 46 days and 19 hours 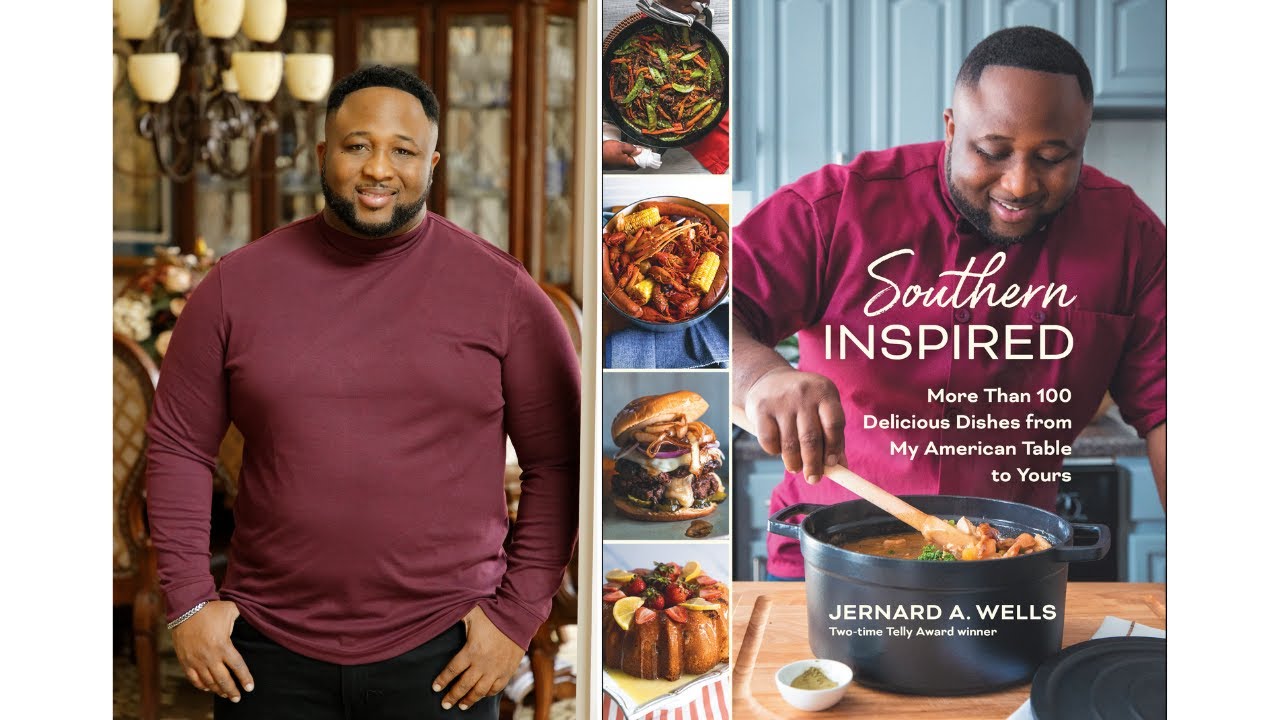 A talk that will leave you starving for more! Join us as we chat with celebrity chef Jernard Wells about his newest cookbook Southern Inspired: More Than 100 Delicious Dishes from My American Table to Yours.

Delicious and inventive recipes that remix the traditional flavors and classic dishes of Southern food and celebrate African-American culinary contributions to tables worldwide—from the host of CLEO TV’s New Soul Kitchen. After growing up in Mississippi, Jernard Wells brought the familiar dishes and bold flavors of the South along his culinary journey to become a chef, restaurateur, and TV host. With Southern Inspired, Jernard continues his journey—retracing the steps of generations of African American cooks whose creations have contributed to global kitchen tables since slavery. Southern food defines American food at large, and Chef Jernard takes it to a whole new level while still honoring its roots. Chef Jernard also brings in flavors from the Caribbean, Latin America, Asia, and Europe, always with his signature Southern flair. This cookbook shares 100 recipes that are approachable for both beginners and more experienced cooks.

About the Author: Jernard Wells is an Award Winning TV Host/Celebrity Chef/Bestselling Cookbook Author. He is the host of "New Soul Kitchen" & "New Soul Kitchen Remix" on CLEO TV and is well-known for appearing on numerous cooking shows on Food Network & Cooking Channel over the last decade. Wells has worked with Tyler Perry, NBA Allstar Brandon Ingram, Lady Antebellum, Tom Joyner, New Edition & BBD.  He has been featured on "Today Show", “Good Morning America”, PEOPLE, "Steve Harvey Morning Show", “The Rickey Smiley Morning Show”, ESSENCE, “Daily Blast Live”, USA Today, Lifetime, Oprah Winfrey Network to name a few. The James Beard House Honored Chef is affectionately called "The Family Chef" because he loves using food to promote positive family images. He and his wife of 25 years have 9 children and live in the Atlanta area.  All 6 of his books, sauces & spices are available on www.hautecuisine.store. Follow him on all his verified social media pages at @ChefJernard