Event will begin in 66 days and 5 hours 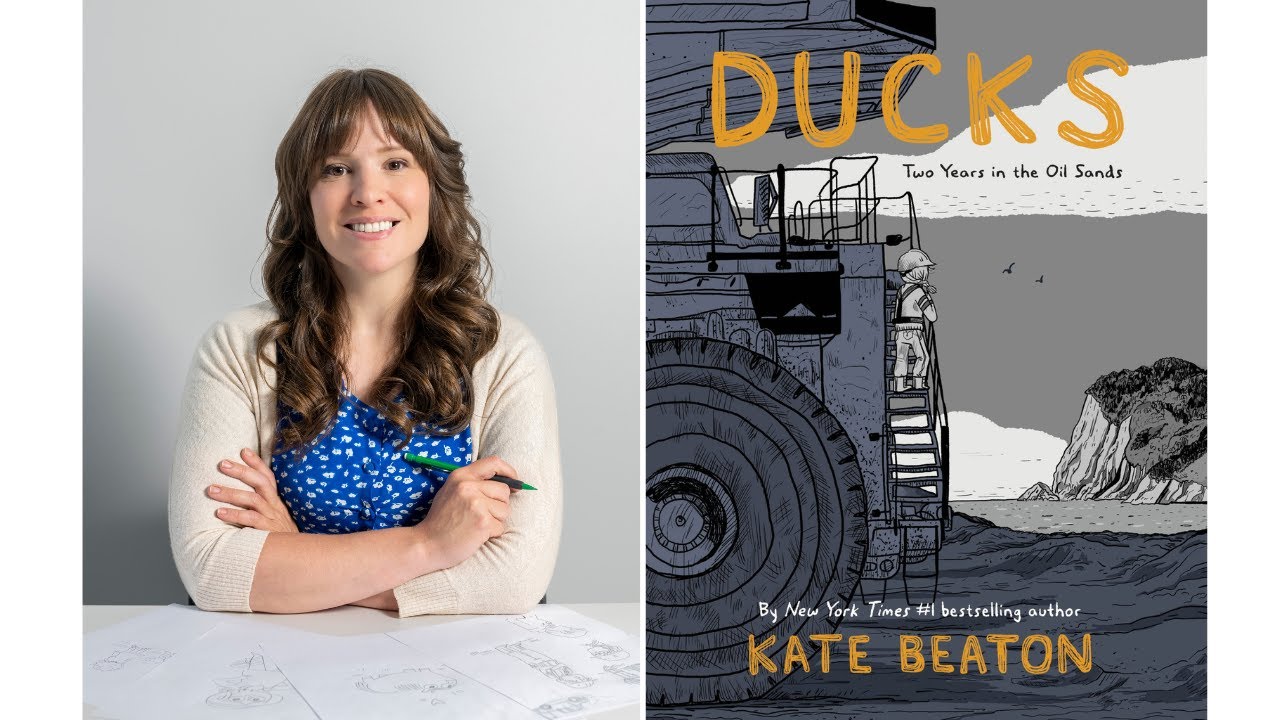 Join us for an enlightening hour online with highly-acclaimed Kate Beaton, the New York Times bestselling author of Hark! A Vagrant! And Ducks: Two Years in the Oil Sands.

Before there was Kate Beaton, New York Times bestselling cartoonist of Hark! A Vagrant! fame, there was Katie Beaton of the Cape Breton Beatons, specifically Mabou, a tight-knit seaside community where the lobster is as abundant as beaches, fiddles, and Gaelic folk songs. Her first full-length graphic narrative follows Beaton after university as she heads out west to take advantage of Alberta’s oil rush, part of the long tradition of East Coasters who seek gainful employment elsewhere when they can't find it in the homeland they love so much. With the singular goal of paying off her student loans, what the journey will actually cost Beaton will be far more than she anticipates.

Arriving in Fort McMurray, Beaton finds work in the lucrative camps owned and operated by the world’s largest oil companies. Being one of the few women among thousands of men, the culture shock is palpable. It does not hit home until she moves to a spartan, isolated worksite for higher pay. She encounters the harsh reality of life in the oil sands where trauma is an everyday occurrence yet never discussed. Her wounds may never heal.

Beaton’s natural cartooning prowess is on full display as she draws colossal machinery and mammoth vehicles set against a sublime Albertan backdrop of wildlife, Northern Lights, and Rocky Mountains. Ducks: Two Years in the Oil Sands is more than a memoir, it’s also an untold story of Canada: a country that prides itself on its egalitarian ethos and natural beauty while simultaneously exploiting both the riches of its land and the humanity of its people.

About the Author: Kate Beaton was born and raised in Cape Breton, Nova Scotia, Canada. After graduating from Mount Allison University with a double degree in History and Anthropology, she moved to Alberta in search of work that would allow her to pay down her student loans. During the years she spent out West, Beaton began creating webcomics under the name Hark! A Vagrant, quickly drawing a substantial following around the world. The collections of her landmark strip Hark! A Vagrant and Step Aside, Pops each spent several months on the New York Times graphic novel bestseller list, as well as appearing on best of the year lists from Time, The Washington Post, Vulture, NPR Books, and winning the Eisner, Ignatz, Harvey, and Doug Wright Awards. She has also published the picture books King Baby and The Princess and the Pony. Beaton lives in Cape Breton with her family.